French fries, chicken tenders, doughnuts are all treats we love.

And they all have one thing in common — they’re all deep-fried to high-heaven in cooking oil but once you’ve prepared these delicacies, have you wondered what to do with oil after deep frying?

Making deep-fried foods on a regular basis at home isn’t practical if you can’t re-use the oil.

Every cook would cost you at least USD 10 in oil alone. That’s definitely not what fries are worth outside.

Luckily, you can reuse oil to deep fry foods again an indefinite number of times, but with some precautions.

How Long Can You Keep Oil in a Deep Fryer?

Oil does not go bad after one use. There are no hard and fast rules for how long oil stays re-usable because it depends on the type of oil you’re using and the type of food you’re cooking.

However, after a certain number of cooks, not only does the oil become complacent but it’s bad for your health too.

That’s when you can replace the oil in the deep fryer with a new batch.

Why Does Oil Deteriorate?

This is largely due to the change in the hydrophobic nature of oil. Fresh oil is very hydrophobic, which means it doesn’t mix with water.

READ NOW:
Can You Season a Pan with Olive Oil? Ultimate Guide

During deep-frying, the hot oil warms up the water molecules in the food. This causes those molecules to vaporize and emerge as bubbles.

Every time you heat oil, it goes through a chemical reaction that breaks down the fat molecules.

This makes the oil less hydrophobic with each cook, while also making it more likely to go rancid.

Eventually, it will reach a point where oil can penetrate the food rapidly and this makes the food greasy, ruining its crispiness.

You can tell oil has reached this stage if it has darkened in color, reached a gummy consistency, and/or starts foaming at the top.

The likelihood of the oil going rancid is also increased by other factors like exposure to water, heat, light, and even some microbes.

Used oil that is not strained properly to remove all the food bits encourages the growth of bacteria, which feeds on the food particles.

The combined exposure to these microbes, air, heat, and light creates free radicals that are carcinogenic and harmful to your health.

The oxidation of oil will also reduce some of its healthy properties. That’s why you must always sniff-test oil before reusing it and store it in proper conditions.

READ NOW:
What Is the Best Oil For Deep Frying French Fries?

How to Store Frying Oil?

It’s okay to reuse frying oil as long as you filter and store it properly after each use.

Oil deteriorates much slower under certain storage situations, which is what we need to accomplish.

So, here’re the steps you need to follow to properly store oil:

Once you’re done using the oil, wait for it to cool down. Don’t try to handle it while it’s still warm, oil burns are no joke.

After it has cooled down a bit, you can use a skimmer to remove large pieces of food or batter that have been left in.

Use a cheesecloth strainer or anything with a fine mesh to filter the oil as you pour it into a clean storage container with a seal.

Those old bits of food can make the oil taste nasty the next time you use it.

Be careful while pouring because there might still be large bits of food at the bottom of the fryer.

Seal the container shut and store it in a cool, dry environment, away from light.

Preferably similar foods only. You wouldn’t want to fry cinnamon donuts in the oil in which you previously fried chicken strips.

READ NOW:
Can I Mix Canola and Vegetable Oil for Frying? Is It Possible!

There’s no concrete answer to how many times you can reuse oil after frying.

What we do know is when to stop using it, once the color goes bad and/or it emits a putrid odor.

But the number of times you can use oil until this happens will depend on a range of factors.

Unfortunately, the average home deep fryer pales in comparison to a fryer at a restaurant.

In restaurant fryers, the heating element is raised above the bottom of the oil chamber.

So when bits of food come off and fall, they aren’t in close contact with the heat source. They don’t burn, and this keeps the oil fresh longer.

Fryers at home have their heat sources below the bottom of the oil chamber.

So when food falls, it comes into contact with the heat source, and that ruins the oil much faster.

Foods that introduce more particulate matter into the oil make it break down faster.

That means if you’re frying breaded foods such as chicken cutlets, that oil will see fewer useful days compared to the oil used for frying battered foods such as onion rings.

Why? Because of crumbs.

READ NOW:
What Happens When you Put Ice in Hot Oil? Positive and Negative Impacts!

There are over 22 different types of cooking oils, each with varying configurations of saturated or unsaturated fats.

Refined oils such as vegetable or granola oil contain more fats and thus take longer to break down.

But raw oil such as sesame oil will break down faster owing to its low-fat content.

That’s why the best oils for deep frying are usually ones rich in saturated fat, so choose a good oil.

The higher the temperature you set for frying, the faster oil breaks down.

Heat is a catalyst for almost every chemical reaction on this planet, it’s simple science.

Heating at high temperatures also causes more oil to be absorbed into the food.

How to Increase the Useful Life of Your Oil?

Given what we now know about how oil works, there are a few ways in which you can prolong its life.

READ NOW:
What Is the Best Oil For Deep Frying French Fries?

What to Do with Oil After Deep Frying — Disposal Methods

Once the oil has reached the end of its useful life, don’t just pour oil down the drain.

That could clog your drainage pipes or the city sewer mains by creating oil films that trap food debris and other trash items going down the drain.

There are better, more sustainable ways to dispose of it. It might even be useful for other non-cooking purposes.

Here are Your Major Disposal Options?

Pour the oil into a disposable container that can be sealed shut, and feel free to add any excess food waste as well to get rid of two things in one go.

You can then throw away the disposable container into your regular non-recyclable trash.

Don’t have a disposable container? No problem. Pour the oil into a coffee mug or any wide container and leave it in the freezer for a couple of hours.

Once the oil has solidified, you can pull out chunks with a spoon and throw them in with your solid waste.

Pouring oil into a plastic bag can be messy and cause spillage unless you mix it in with your food waste and old paper towels. That will soak up a lot of the oil and help hold it in the bag.

READ NOW:
Can You Season a Pan with Olive Oil? Ultimate Guide

Oil is a precious commodity that grows scarcer by the day. Although it may have reached the end of its useful life in cooking, used oil can still be turned into biodiesel.

Find out if any local processing plants are accepting used cooking oil.

Hopefully, by now you know exactly what to do with oil after deep frying.

To quickly recap, there is no definite number of days, weeks, or months for which oil stays fresh. It all ultimately comes down to the way you use and store oil.

Oil, like any organic substance, has a shelf life that you can only extend up to a certain point. 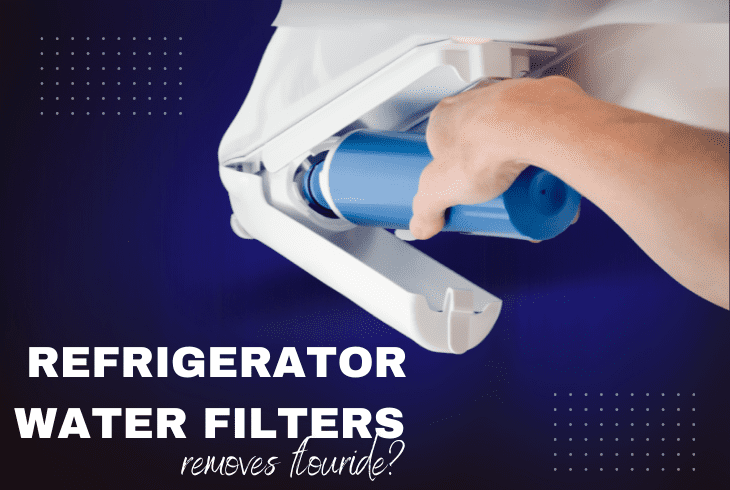