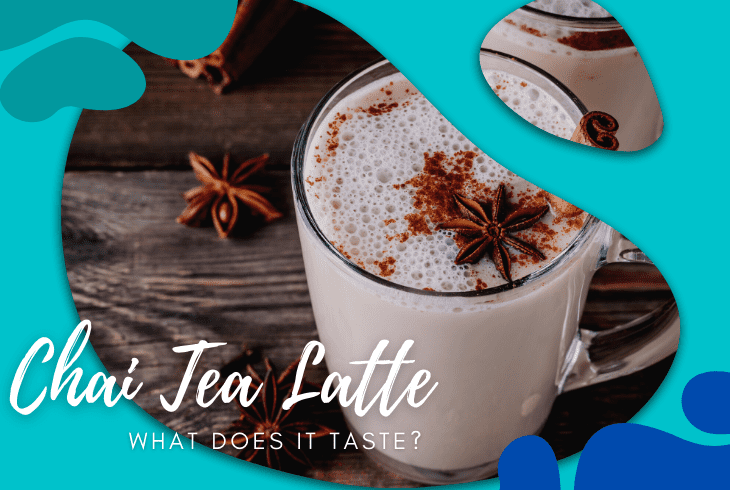 What does a chai tea latte taste like? If you’ve never tried this delicious drink before, you’re likely not familiar with its flavor.

There’s something personal and comforting about enjoying the first sip of something warm, and trying something new is a great way to widen your palate.

Most people have strong feelings about their caffeinated drinks. So, the first time you saw a chai tea latte on the menu, what was your reaction?

Does a chai latte pique your curiosity? If you’re curious and want to try this special drink, read on!

First, What Is Chai?

The answer seems simple, doesn’t it? It’s not. “Chai” means “tea” in Hindi, originally from “cha” in Mandarin Chinese.

Saying “chai tea” is redundant, but it’s culturally normal in the west. According to the Tea Board of India, masala chai is a tea of spices brewed with black tea. After this, things get complicated!

It all started thousands of years ago. People prepared chai tea as a healing Ayurvedic drink in India.

Then, with British trade influences in the 1800s, black tea became a popular addition. The British also added milk and sugar to the recipe.

Some cultures use green tea instead of black tea. Westerners often use rooibos tea as a caffeine-free alternative to black tea.

Are Chai and Masala Chai the Same Thing?

What started as masala chai in India is known in the West today as chai tea.

It’s a hot drink that you make by brewing tea with aromatic spices and often ginger.

Some cultures use milk in chai, and some don’t. The issue is that the flavor can change depending on where it’s made and who’s making it.

In India, you can find street vendors called chai wallahs on every street corner.

They put on flashy tea presentations and serve savory chai with black pepper. In the US, chai is sweeter. It also has strong flavors of cinnamon, cloves, and sometimes vanilla.

So, What Is a Chai Tea Latte?

While coffee is king in the US, you can find a chai tea latte on every menu at every single coffee shop.

If you’ve ever tried chai, you can understand why the sweet, spicy drink is so loved. But lattes are a coffee beverage, so what is a chai tea latte?

Perhaps it was someone looking for an alternative to a café latte. You make a latte by combining a shot of espresso, steamed milk, and a little bit of milk foam on top.

Chai contains black tea, which is a healthy alternative to roasted beans.

You can get a jolt of caffeine from chai and coffee alike, but chai tea has a much lower caffeine count.

If you want the foamy texture of a café latte without the energy boost, consider a chai tea latte. Plus, chai is warm and sweet with spices and sugar.

Not All Chai Tea Lattes Taste the Same

People argue about chai latte flavors because shops make them with mixes.

You can walk into any commercial coffee shop and order a chai tea latte. Sit down and enjoy the almost gingerbread-like taste. At some shops, they taste spicier.

At others, they might be sweeter with notes of cinnamon and vanilla. But people who grew up with authentic chai can’t be fooled.

There’s nothing wrong with chai tea lattes from a shop. But they usually aren’t fresh and often contain added flavors and sweeteners.

Plus, shops use concentrated mixes which can make flavors overwhelming.

If you enjoy these drinks, there’s no judgment here! But I encourage you to try a real chai latte as well.

If you want a good example of what chai tastes like, find an Indian restaurant or make it at home.

There are many different recipes and all kinds of methods you can try. I suggest using loose spices and making a chai latte from scratch!

So, What Does a Chai Tea Latte Taste Like?

A chai tea latte tastes like sweet spiced tea with milk, but each recipe is a little different.

Chai tea lattes have a spiced flavor, usually from aromatics like cinnamon, clove, and green cardamom.

READ NOW:
Why Do My Pomegranates Taste Like Acetone? Things You Need to Know!

Ginger makes it brighter, while black pepper kicks up the spice! Some masala chai has saffron or vanilla.

These additions sweeten and mellow things out. Chai also gets a malty flavor from black tea or a grassy flavor if you use green tea.

Preparation also makes a difference. Use a chai tea bag for a milder, more uniform flavor. Using premixed syrups and powders allows you to control how strong the flavor is.

Milk is steamed and added at the end of preparation. Adding vegan milk like coconut or oat milk also influences the taste.

If you like sweet chai tea lattes, you can add white sugar.

Across the globe, white sugar is the most common chai tea sweetener. Ultimately, it’s about what you like. I suggest that you find a recipe and stick to it.

How to Make a Chai Tea Latte – Steps

Step #1. Gather and Prepare your Spices

I like to use 1 cinnamon stick, a few cardamom pods, a teaspoon of black pepper, and 3-4 clove buds.

Sometimes I like to add a few slices of fresh ginger. You can toast everything but the ginger in a pan if you wish.

You can also crack them with a mortar and pestle if desired.

Combine spices, ginger, black tea, and 2 cups of water in a saucepan. Bring to a boil, then reduce to medium-low heat. Simmer for 10 minutes or until slightly reduced.

Strain the infused tea into a cup. Add about a cup of steamed milk for 1 latte. If you’re using sweetener, just add it to taste.

You may find that other questions come to mind concerning chai tea lattes. I’ve put together a few of the more common ones!

Some would say yes! The combination of spices like cinnamon and cardamom has a natural sweetness. However, this is a matter of opinion.

Is Chai Tea Healthier Than Coffee?

Black tea is healthier than coffee. Tea leaves offer all kinds of antioxidants and vitamins.

READ NOW:
Does Coriander Taste Like Cilantro: Everything You Need to Know

What Does An Iced Chai Tea Latte Taste Like?

The sweet, spicy, and cooling flavors of spices like ginger and cinnamon work well chilled.

Is Dirty Chai The Same As a Chai Latte?

Dirty chai is different from a chai tea latte. A chai latte is chai tea with steamed milk and sweetener, while dirty chai includes a shot of espresso.

A very westernized drink, dirty chai mixes the bitterness of coffee with the spices of chai.

So, what does chai tea latte taste like? It’s a spiced, malty tea with creamy and sweet flavors from steamed milk and sugar.

You’ve had a glimpse of the historical and cultural impact of this drink. It makes chai flavors complex and unique!

Now that you can appreciate all the flavor nuances of a chai tea latte, you can enjoy one today. 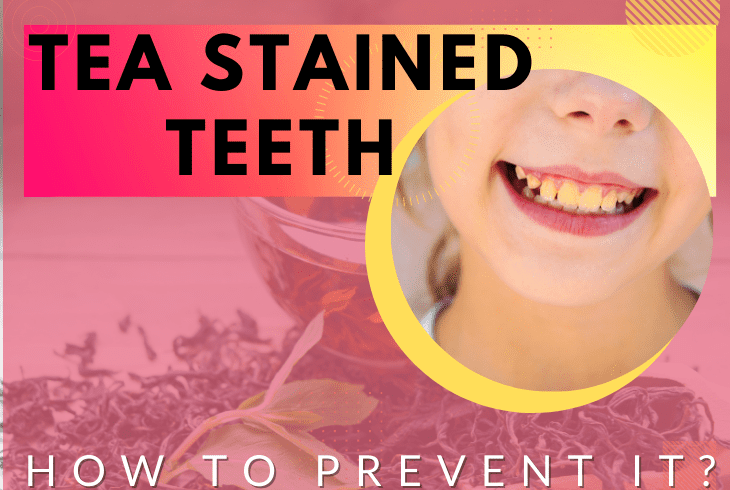 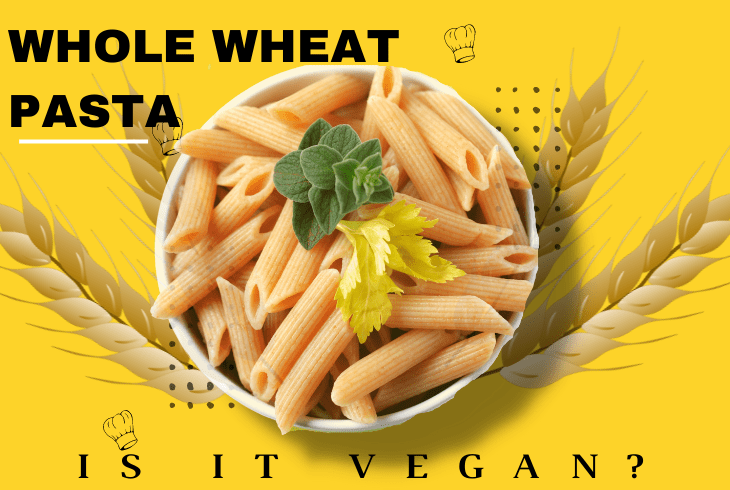 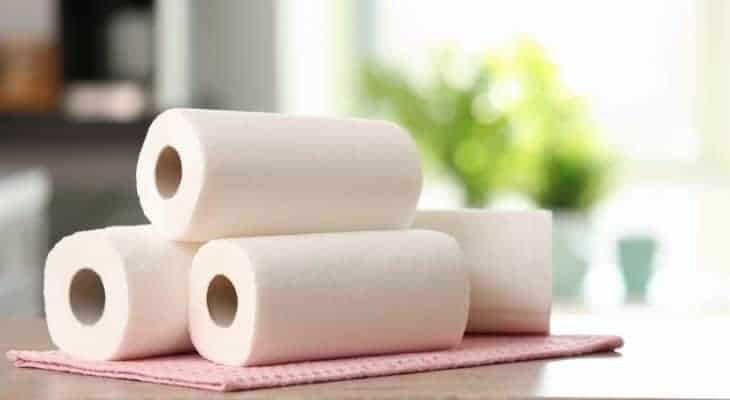 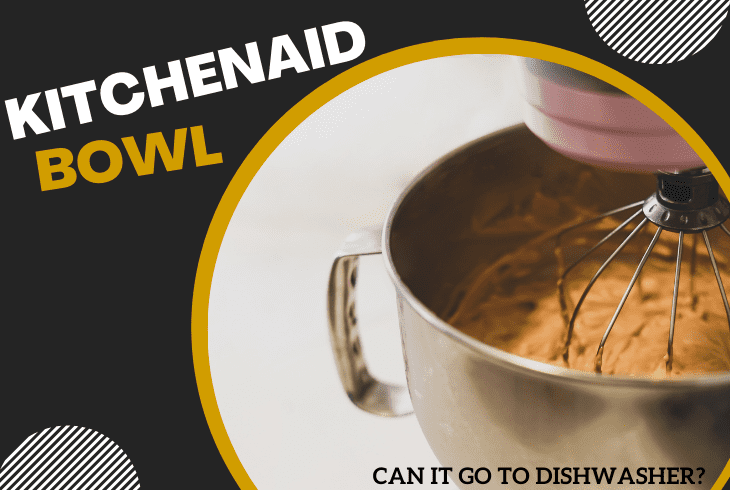